Hotels in the centre of Orlando 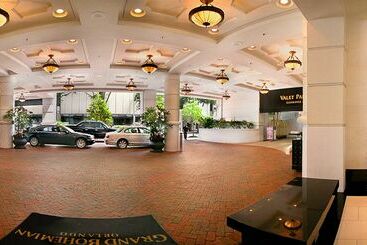 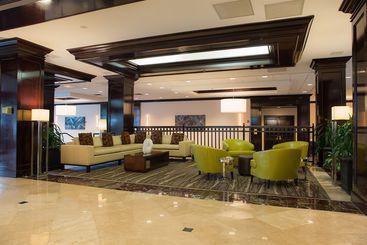 Situated in the Orlando city centre, the Embassy Suites Orlando Downtown is 16.4 km from Universal Orlando Resort. An outdoor... 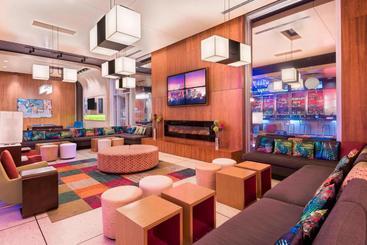 Be sure to enjoy recreational amenities including an outdoor pool and a fitness center. Additional features at this hotel... 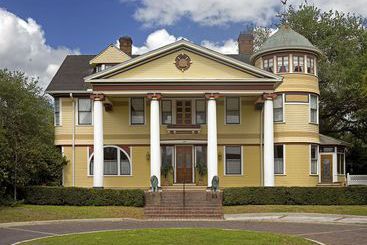 This vacation home is within the vicinity of Green Meadows Petting Farm and Stetson University Celebration. Be sure to enjoy...

Book your cheap hotel in Orlando

Located in the state of Florida, in the South East of the United States Orlando is a hugely popular holiday destination for both domestic and international tourists. With a population of more than 2.5 million, Orlando is the 23rd largest metropolitan area in the USA.

Over the decades, Orlando has been developed into the Theme Park Capital of the World with some of the world’s most popular parks around the city. But it is a city of contrasts. Away from the thrills and lights of the theme parks, Orlando is a very liveable city with lovely tree-lined neighbourhoods, pretty gardens, and a thriving cultural scene. The gentler side of Orlando is a charm to explore and discover.

Visitors can take advantage of plenty of cheap and affordable hotels in Orlando.

The key areas for visitors are::


What to see and do in Orlando

Orlando is a traveller’s paradise–fabulous weather, delicious cuisine, and attractions to appeal to any and all visitors. The obvious attractions are the theme parks, which other than those mentioned above include Legoland, Discovery Cove, Gatorland Orlando, and Aquatica Park. Away from the theme parks, a must-do is a ride on the Wheel at ICON Park. Children will be fascinated by the science exhibits at Wonderworks and all ages will enjoy Madame Tussaud’s. Mums and dads can enjoy shopping, sports, and the Outa Control Magic Comedy Dinner Show. If you want to travel a little way for the experience of a lifetime, it is about an hour to the Kennedy Space Centre.


What to eat in Orlando

Orlando is a city that celebrates lots of different cultures when it comes to food and drink reflecting the cosmopolitan nature of the visitors. Dishes to try include conch fritters which are a battered seafood delicacy, veal chops which are particularly famous thanks to the legendary Christini’s restaurant, and stone crab claws.


Typical events and festivals in Orlando

Orlando and parts of wider Florida in general have a reputation for being something of a party destination. Some of the most popular and highly attended events and festivals that take place across the course of the calendar year include the Fireworks At The Fountain celebrations that mark July 4th, the Halloween Horror Nights event that always scares visitors from September to November, and the Orlando Film Festival in October.


How to move around in Orlando

Orlando boasts a large and well maintained bus system that is provided by LYNX. This extensive network services more than 2500 square miles of land extending across a number of counties. Depending on where you stay in relation to some of the biggest attractions and parks, there are often organised shuttles busses for tourists, and private car hire is also a very common and popular form of transport.


The climate in Orlando

Orlando experiences a climate of consistently warm and sunny weather, with an enhanced period of humidity from June to August. There are frequent thunderstorms and flash rain to compensate for the humidity and these are a regular part of Orlando life. The coldest temperatures in the winter months are usually in the low to mid-teens, whilst the summer can get incredibly warm, frequently up to the high 20 and low 30s. Any time of year is a good time to visit Orlando but outside the peak summer, the theme parks are a little quieter.