Hotels in the centre of San Diego 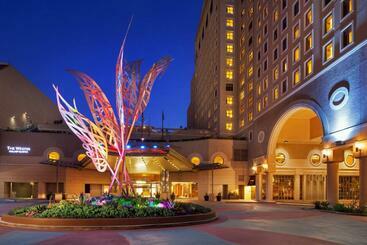 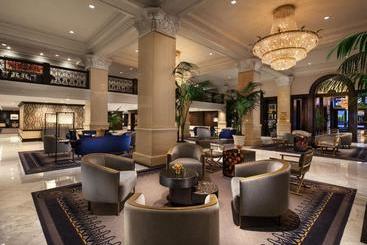 The Us Grant, A Luxury Collection , San Diego

The hotel is located in the heart of downtown across the street from Horton Plaza shopping center. 5 kms to the nearest... 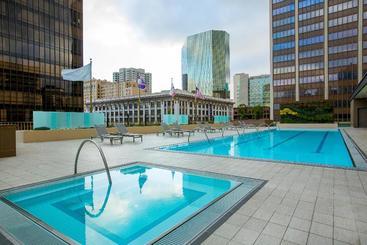 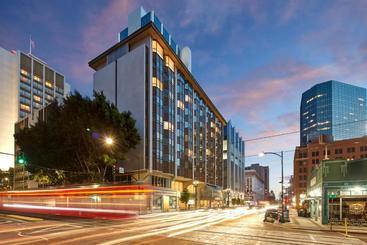 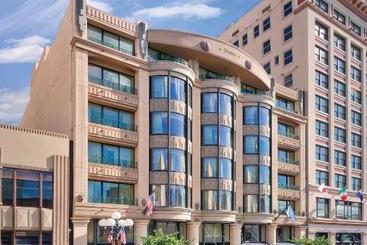 The new Wyndham Harbour Lights assures you one of the best locations in the city, just off Fifth Avenue overlooking the famed... 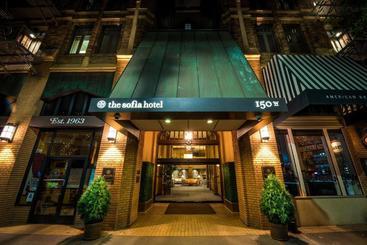 The Sofia Hotel is conveniently located in San Diego's downtown area and is just blocks away from Horton Plaza, Gas lamp... 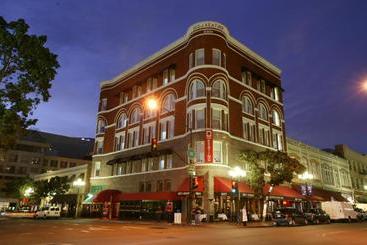 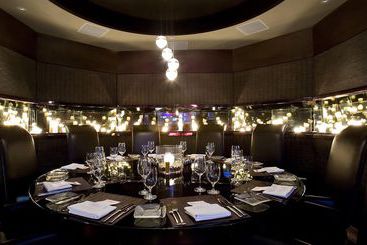 The Palomar San Diego is located downtown, steps from the Gaslamp Quarter and just across the street from live music at The...

San Diego is the second-largest city in California and the eighth-largest in the USA. The town sits on the coast adjacent to the Mexican border, and it's the sister to several large world-famous towns, like Los Angeles and San Francisco. If you're looking for the laid-back Californian surfer lifestyle, you're sure to find it in San Diego, an excellent tourist destination. Bright and breezy, yet wholly relaxed and casual, the city is known for its fabulous beaches and world-famous attractions. Get a tan, soak up some culture, and discover the self-named destination of America's Finest City.

San Diego is a great host to all travelers. It welcomes guests from all over the world, offering a full range of holiday accommodation options. Whether your budget fits a cheap hotel or an all-inclusive luxury resort, you won't be disappointed by the vacation rentals and rooms available in San Diego.

As you should expect, there's much diversity within the dozens of neighborhoods in San Diego. The most interesting areas are:

The Beaches are nothing less than spectacular in San Diego, too. Among the best of the collection are:

What to see and do in San Diego

This city has something for every kind of vacationer. Whenever you aren't relaxing on the beach, go to explore some of these top attractions:

The city also boasts a diverse collection of museums, including the New Children's Museum, USS Midway Museum, California Surf Museum, and 17 different Balboa Park Museum branches. With such a laundry list of attractions and activities in San Diego, you should jot down all the places you want to explore before arriving in the city.

What to eat in San Diego

The city is identified as one of the USA's best food cities. You'll find American and Californian classics, often with Mexican influence. Favorite foods in San Diego include:

Undoubtedly, this city likes to party! Events are happening year-round, with some of the most popular being the following:

How to get around in San Diego

Visitors will find great public transportation options to move around in San Diego, including the iconic red San Diego Trolly, the Amtrak Pacific Surfliner Train, and the Coaster commuter train. Buses are plentiful, especially during the summer. The Waterfront Shuttle runs between Harbour Island and South Embarcadero. You can also hop on one of the 3-wheeler pedicabs, which offers a very unique and non-motorized way to view the city.

The climate in San Diego

The semi-arid climate gives the city fantastic year-round weather. The warm, dry summers are met by mild winters. The warmest months are from July through October, while the coldest month is January. The months between May and September are often entirely free of rain!