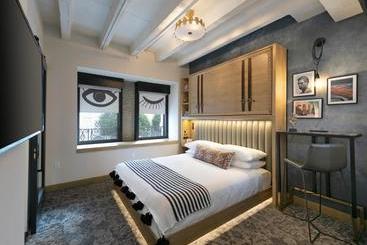 This boutique hotel is located in the hearth of downtown Los Angeles, only two blocks from the Staples Centre and Convention... 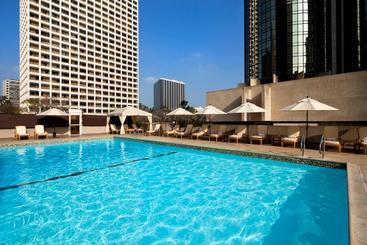 The hotel is ideally located in the heart of Los Angeles? Downtown financial district in California. The hotel provides easy... 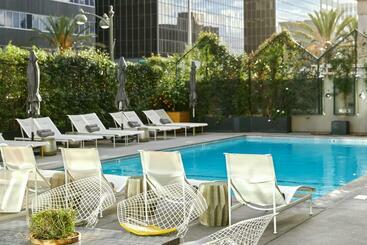 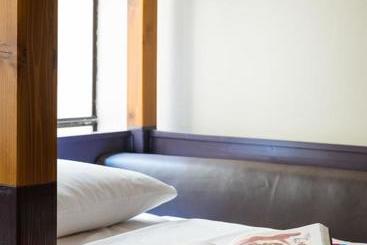 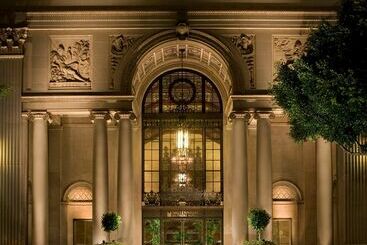 The hotel is located at the corner of Fifth and Grand, in the financial and cultural heart of downtown Los Angeles. The hotel... 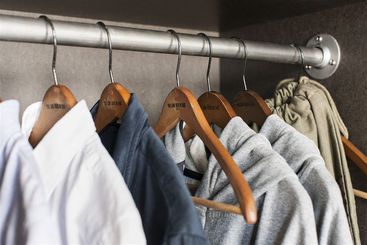 Located in the historic United Artists Building in the heart of the Los Angeles city centre, this LA hotel offers guest rooms... 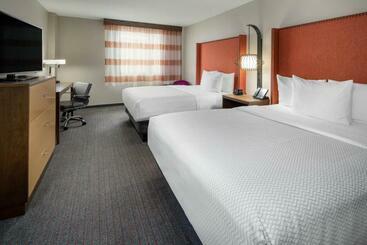 This West Hollywood, California hotel provides convenient access to many Southern California attractions such as the Hollywood...

Los Angeles city is the second-most populous US city and the largest in California. The famous city sits in the Los Angeles Basin of Southern California of the Peninsular Ranges. The town has beautiful beaches stretching along the Pacific Ocean and scenic surroundings, including vast valleys, forests, mountains, and deserts. The city is almost always sunny throughout the year. Summer sets in early May and lasts through October, making any of these months great for a quick escape to LA, also known as the City of Angels.

There are several hotels in Los Angeles city, both luxurious and affordable. You can enjoy scenic views of the beaches, mountains, and valleys around the city, regardless of the budget. Vacation rentals are abundantly available downtown and all around the suburban outskirts, too.

What to see and do in Los Angeles

Los Angeles has several events and attractions that cannot go without notice, including:

What to eat in Los Angeles

Los Angeles is the mother of several of the nation's top-notch chefs. Therefore, it hosts diverse and exotic culinary traditions, such as the famous Italian food in Hollywood. Raw fish and rice dishes are on the top of the much-craved food list for most travelers. The region is decorated with all types of restaurants and coffee shops. One can get the desired taste depending on the budget and location.

Los Angeles has a myriad of events and festivals to keep locals and tourists entertained throughout the year. Some of the events originate from other countries, like China or Japan. Below are some notable LA festivals and events:

How to move around in Los Angeles

Moving around in Los Angeles city to see the town's beautiful landscapes and breezy beaches can be hectic, but transportation is efficient. Since it is a vast city and public transport is limited to specific points, renting a car is ideal. You can find rental cars at Los Angeles International Airport, plus there are several car rental agencies located around the city. One can also take a taxi to move around the city, though it can be expensive. You can also use ride apps, like Uber and Lyft.

The climate in Los Angeles

Los Angeles is known for its Mediterranean climate, thus enjoying warm temperatures throughout the year. Although LA is beautiful all year round, the weather is at best between May and early September. Winter sets in November and lasts through April. It is an excellent season to visit the beaches because the lower temperatures carry along tradewinds heading out to the Pacific. Tall mountains shield the area from intense heat, especially the hottest months of September and October. The latitude is ideal for winter rainfall and some short rain spells in June. LA does not experience extreme conditions, so the temperature remains relatively moderate throughout all four seasons.

It depends on the category of the hotel. If you want to stay at a 4-star hotel in Los Angeles, the average price per night is 88 €, while you will pay an average of 68 € for a 3-star hotel, and in a more luxurious 5-star hotel, you"ll pay around 208 €.

You can make reservations at Hotel Bel-air - Dorchester Collection, Four Seasons Hotel Los Angeles At Beverly Hills and Hotel The Hollywood Roosevelt if you"re looking for a hotel with valet service for your visit to Los Angeles.

According to our clients, if you´re travelling with children, the best hotels in Los Angeles are Hotel The Hollywood Roosevelt, Four Seasons Hotel Los Angeles At Beverly Hills and Hotel Bel-air - Dorchester Collection.

If you want to save time, the hotels in Los Angeles with express check-in and check-out are Hotel Bel-air - Dorchester Collection, Four Seasons Hotel Los Angeles At Beverly Hills and Hotel The Hollywood Roosevelt.

Some of the options for hotels with non-smoking rooms in Los Angeles are Hotel Bel-air - Dorchester Collection, Hotel Best Western Plus Sunset Plaza and Four Seasons Hotel Los Angeles At Beverly Hills.

If you're bringing a vehicle, we recommend that you book a hotel with parking in Los Angeles, like Hotel Best Western Plus Sunset Plaza, Four Seasons Hotel Los Angeles At Beverly Hills or Hotel Sheraton Grand Los Angeles.