Hotels in the centre of Caracas 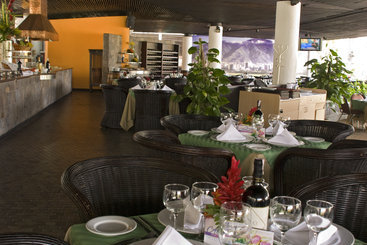 The hotel is positioned in the heart of the financial and cultural districts of the city, next to the metro station and 25km... 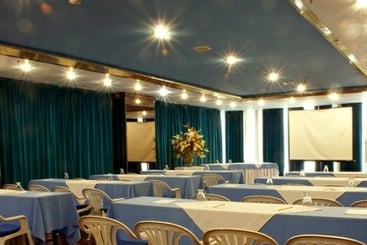 The hotel is located behind the Tower Previsora, close to the metro station of Venezuela Square and about 30 Km away from...

As the capital of Venezuela, one of the main powers of the world in the production of petroleum, Caracas, or Santiago de Leon de Caracas, is the countrys administrative, political and cultural center. It is also the most important city in Venezuela, in which the Palace of Miraflores is the spine of the entire nation, and the focal point of many other nations.
Although it does not have a coastline, Caracas has pleasant temperatures as it is not far from the coast, being only 15 km from it and separated only by El Ávila National Park. With a warm and tropical climate, the temperature and rainfall are very stable throughout the year.
Caracas is the headquarters of numerous national and international companies that have interests in the country. As a port city, development and urban-planning was vertical due to the minimal space available, squeezed between the mountains and the natural surroundings. A stroll through the streets reveals the coexistence of a living past and vibrant present, diverse architectonic styles separated by a few meters, like the childhood home of Simón Bolivar or the Metro Center or the Lido center.
Tourism is highly diversified, but at the moment, not greatly developed, as Caracas is used as a base and stop-over for a stay in Margarita Island. But that special tourist who rouses himself to make the rounds of Caracas streets will uncover a heap of surprises. To the house of Simón Bolivar and the Palace of Miraflores, we must add the Palace of Academies, the National Pantheon, the Cathedral of Caracas and the Museum of Fine Arts. One of the most beautiful places is El Ávila National Park, located between the city and the coast, surrounding Mount Avila, a mountain with an altitude of 2600 meters, from whose cableway one can appreciate one of the most beautiful views in the country. In its plazas, boulevards and museums we discover a beautiful city, a sad city, a city with a strong identity that looks towards a future created by and for the Venezuelans.
See more See less