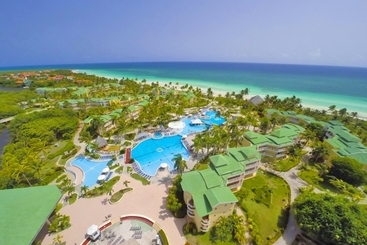 This hotel is located in the north of the province of Ciego de Avila, one of the most ecologically significant areas of the... 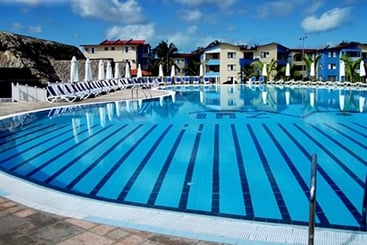 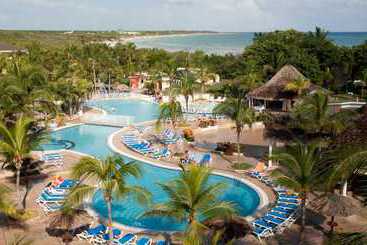 This wonderful all-inclusive hotel is located on Cayo Coco, one of the fascinating keys of the Sabana-Camagüey archipelago,... 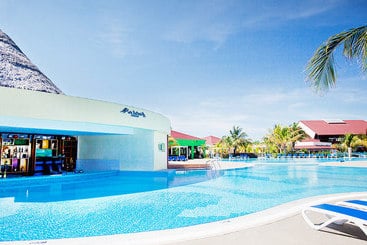 This hotel enjoys a fantastic location in Cayo Coco, Cuba and the resort is surrounded by one of the area's most beautiful... 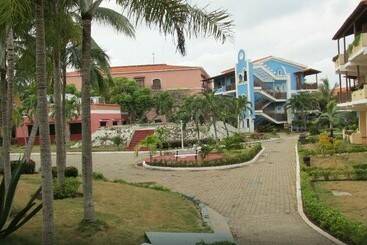 This family friendly hotel lies in the charming landscape of Cayo Coco in east of Cuba, only around 4 km to the beach at... 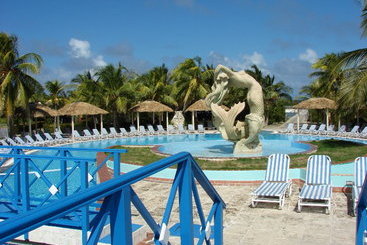 Situated in Cayo Coco directly overlooking a fine sandy beach, just 12 kilometres from Cayo Coco Airport and 79 km from the... 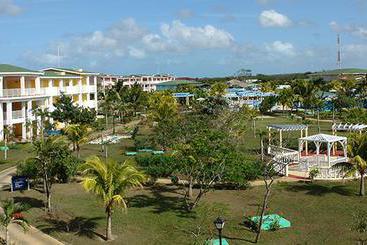 This hotel is located in Cayo Coco, within the Jardines del Rey archipelago. It lies approximately 1 km from the second longest... 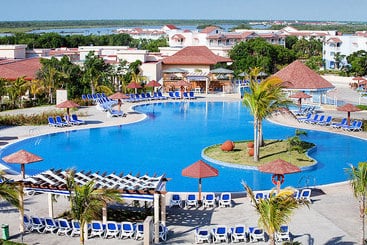 Located in Cayo Coco a popular destiny for its white sands and calm sea, the Hotel is a perfect escape for those who are...

One of the Jardins del Rey chain off the north central coast of Cuba, Cayo Coco is a gorgeous tropical island in the Ciego de Avila province, known for its beautiful long beaches and all-inclusive resorts.

Formerly a pirate hideout, the island is named for the white ibis which is known locally as the coconut bird and which inhabits the lagoons and marshes, but there is also a huge native colony of pink flamingos that is among the largest in the Americas.

There is a causeway running for 27 kilometres across the Bahia de Perros (Bay of Dogs) to the mainland and Cayo Coco is also connected by two shorter causeways to neighbouring islands Cayo Romano (to the east) and Cayo Guillermo (to the west). Cayo Coco and Cayo Guillermo were used as settings for Ernest Hemingway’s novels The Old Man and The Sea and Islands in The Stream.

Even though considered a luxury destination, there are cheap and affordable hotels in Cayo Coco, the number of which are growing all the time. The plan is to increase from 5000 rooms to 32000 rooms.

The main areas of interest are: :


What to see and do in Cayo Coco

The beaches and sun, sea, and sand activities are the main things to do in Cayo Coco with diving and snorkelling high on the list. There are diving schools in the hotels if you want to learn here. If you want to leave the sun lounger for a while, take a speedboat trip through the mangrove swamps, visit the La Jaula Lighthouse, or head over to the mainland and the city of Morón for a taste of traditional Cuba and some souvenir shopping.


What to eat in Cayo Coco

Cayo Coco very much keeps in the tradition of classic Cuban cuisine when it comes to food and drink. Some of the quintessential dishes to try include empanadas which are deep fried turnovers stuffed with meat, arroz con pollo which is a traditional dish of chicken and rice, and boniato con mojo which is sweet potatoes in a wonderful garlic citrus sauce.

There are no specific events or festivals in Cayo Coco with most occasions and celebrations organised locally by and held in the hotels but there is the Carnaval Acuático (Aquatic Carnival), held annually in the town of Morón.


How to move around in Cayo Coco

One of the most popular ways to get around Cayo Coco is via taxicab. The island is easily navigable by foot and there are no buses. Horse drawn carriage rides are popular!


The climate in Cayo Coco

The climate of Cayo Coco is a warm and humid one all year round. The period of December to April is the warmest and driest, with average temperatures that stay consistently in the high 20s and often creep into the low 30s. May to November is the most humid time of the year, still maintaining high temperatures with the added chance of thunderstorms and hurricanes. Because of this, December to April is the most popular period for holidays.

If you´re looking for peace and quiet and want to stay at an adult-only hotel in Cayo Coco, we recommend Hotel Meliá Cayo Coco - Adults Only.