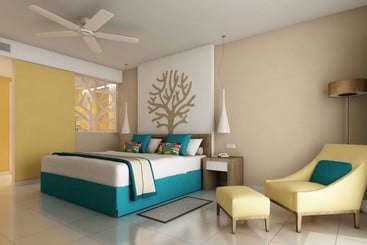 Pack your bags and head over to Dhawa Cayo Santa Maria resort in gorgeous Cuba!. Every guest is unique and our goal is for... 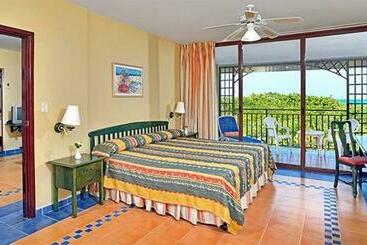 This all-inclusive hotel provides an island paradise on Cuba's north coast. The resort is perfectly... 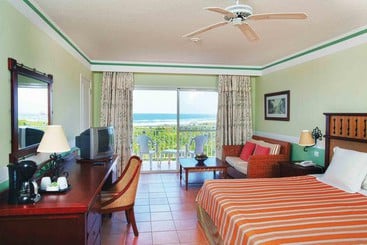 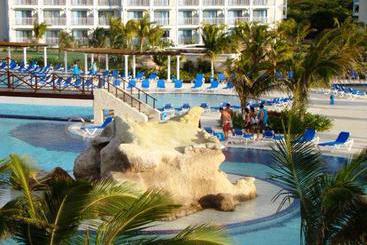 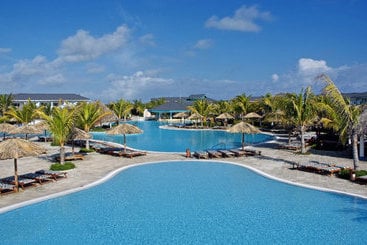 This hotel lies on Santa Maria cay, a sand island belonging to the Jardines del Rey archipelago. The area in which the hotel... 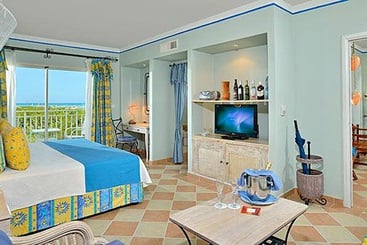 This hotel is located on an island paradise off the north coast of Cuba. It is named after the island of Santa Maria, which... 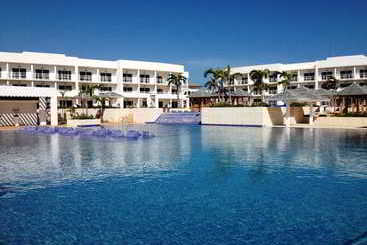 The complex comprises 14 blocks of cosy bungalows with 48 rooms in each block. The resort décor encompasses the Caribbean...

Situated off the north central coast of Cuba, Cayo Santa Maria is a heavenly small island holiday destination that is known for its award winning luxury all-inclusive resorts and its sweeping stretches of white sandy beaches. It is the ideal place for a seriously chill holiday of lazy days and nights, with opportunities for excursions to the mainland via a causeway.

Visitors hoping to find luxury for a lower price can do in Cayo Santa Maria thanks to some affordable options in friendly, comfortable hotels.

Cayo Santa Maria consists of a number of surrounding districts:

What to see and do in Cayo Santa Maria

The majority of tourist interest revolves around the hotels and beautiful beaches in Cayo Santa Maria, including a day of fun at Playa Las Gaviotas, beach walking, and snorkelling at Cayo Ensenachos and wonderful catamaran boat trips from the Megano Beach.There are good water sports including windsurfing and jet ski-ing.

What to eat in Cayo Santa Maria

Some of the best local dishes to try in Cayo Santa Maria include empanadas which are meat stuffed turnovers, arroz con pollo which is chicken and rice, and boniato con mojo which a sweet potato dish with a garlic and citrus sauce.

The culture on Cayo Santa Maria is very much focused on entertainment for the resort guests, and you will find that there are always a number of organised music events and party type festivities throughout the year organised by individual hotels.

How to move around in Cayo Santa Maria

Cayo Santa Maria is serviced by a number of open top double decker buses that tourists can ride around the island to take in all of the beautiful scenery.

The climate in Cayo Santa Maria

Cayo Santa Maria has a subtropical climate that is divided into two seasons, the wet season from May to October and the dry season from November to April. Dry season is the most popular time for tourism.

More interesting facts about and sights in Cayo Santa Maria

The very first hotel on the island was the Sol Cayo Santa Maria, opened in December of 2001.

If you´re looking for peace and quiet and want to stay at an adult-only hotel in Cayo Santa Maria, we recommend Hotel Meliá Buenavista - Adults Only.