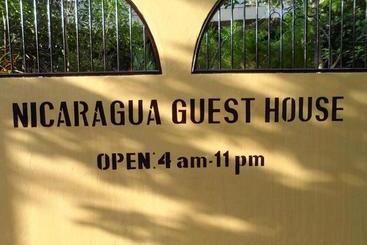 Hostal Nicaragua Guest House is in a residential part of the city, 3.7 mi from Managua Airport and 2.5 mi from Huembes Bus... 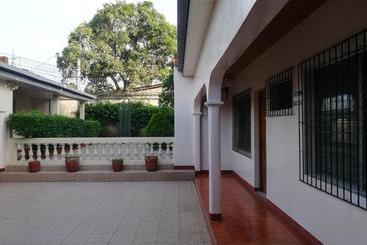 Located within 3.6 miles of Catedral de Santiago, Mixtli - Hostal Familiar in Managua features a number of amenities including... 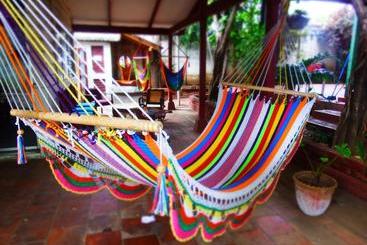 Featuring a garden, terrace and views of garden, Casa Benjamin Linder is located in Managua, 2.5 miles from Catedral de Santiago.... 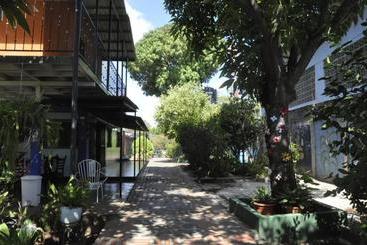 Take in the views from a terrace and a garden and make use of amenities such as complimentary wireless Internet access. Additional... 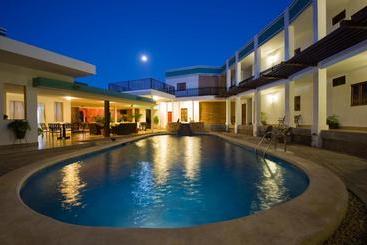 From the airport take Dupla Norte Av. to the West, until arriving at the Former Gonzalez Theater, then to the South on Bolivar... 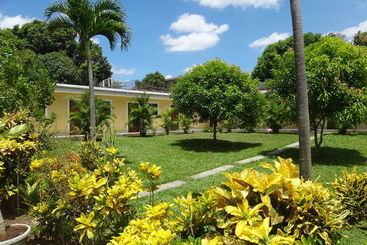 Take in the views from a terrace and a garden and make use of amenities such as complimentary wireless Internet access. Additional...

The capital of Nicaragua, Managua is one of the largest and most representative cities in all Central America. After becoming the capital of the republic in the mid 19th century, Villa de Santiago de Managua, as it is officially called, was destroyed after a violent earthquake in 1972; it is still rebuilding itself from the ruins.

Managua and the Republic have a warm climate throughout the year. Like its neighboring countries, this tropical climate makes it an ideal destination in any season.
Within the city, tourists should see the theater of Ruben Darío, a cultural symbol for the countrys nationalists, the new cathedral of Managua, the Palace of Culture, the Hill of Tiscapa and the tracks of Acahualinca. But these represent only a small part of the immense cultural and ecological patrimony that Nicaragua offers. The republic of Nicaragua is an experience that combines history, hospitality, natural beauty spots and beautiful beaches.
Among the countrys principal attractions is the island of Ometepe, Masaya Volcano National Park, San Juan del Sur and its gold-mining history, Grenadas, the Islets and Mombacho, a swim in the Pacific, the city of Leon, and Corn Island, a small Caribbean paradise. This is a unique destination for those who are looking for an unforgettable experience.
See more See less

The most centrally located hotel in Managua with the best ratings is: Hotel Crowne Plaza Managua.

It depends on the category of the hotel. If you want to stay at a 4-star hotel in Managua, the average price per night is €38, while you will pay an average of €22 for a 3-star hotel, and in a more luxurious 5-star hotel, you"ll pay around €60.

Hotel Las Mercedes Leon and Hotel El De Humberto are the closest ones to Managua.

You can make reservations at Hotel Hilton Princess Managua, Hotel Seminole Plaza and Hotel Crowne Plaza Managua if you"re looking for a hotel with valet service for your visit to Managua.

If you´re looking for peace and quiet and want to stay at an adult-only hotel in Managua, we recommend Hotel Los Robles.

According to our clients, if you´re travelling with children, the best hotels in Managua are Hotel Globales Camino Real Managua, Hotel Aloha and Hotel Real Intercontinental Metrocentro Managua.

If you want to save time, the hotels in Managua with express check-in and check-out are Hotel Real Intercontinental Metrocentro Managua, Hotel Aloha and Hotel Internacional Managua.

Some of the options for hotels with non-smoking rooms in Managua are Hotel Hilton Princess Managua, Hotel Real Intercontinental Metrocentro Managua and Hotel Aloha.