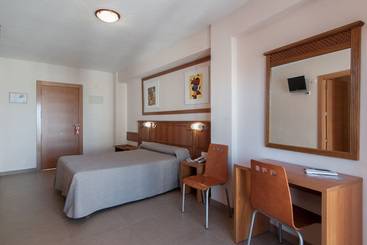 San Luis offers views of Gandia’s marina from its setting 50 metres from the beach. This hotel features an outdoor swimming... 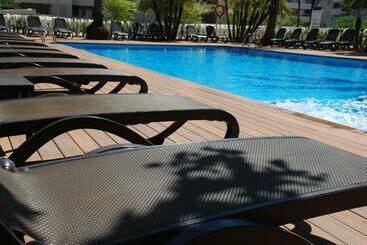 This attractive beach hotel is located directly in the tourist centre, close to the centre of the town (about 500 meters... 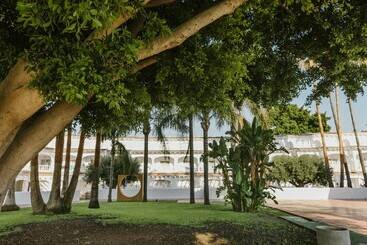 Pamper yourself with onsite massages or enjoy recreation amenities such as a seasonal outdoor pool. Additional amenities... 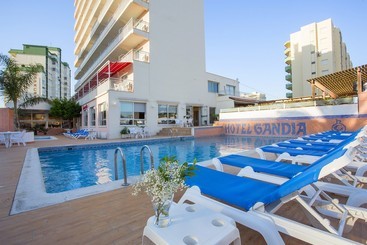 Gandia Playa Hotel is 250 metres from Gandia Beach, on the Costa Blanca. Set in gardens, it offers 2 outdoor pools and air-conditioned... 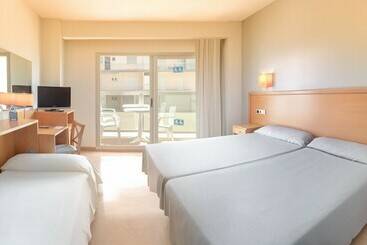 At 50 meters away in the public park Clot de la Mota, with Mini-playground, public parking and a wealth of entertainment... 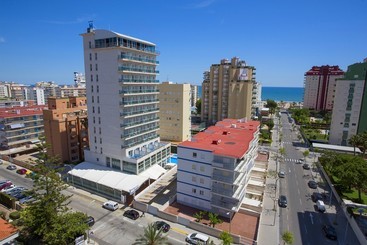 This hotel is located just 125 meters from the Gandía beach and very close to the bar and restaurant zone as well as to... 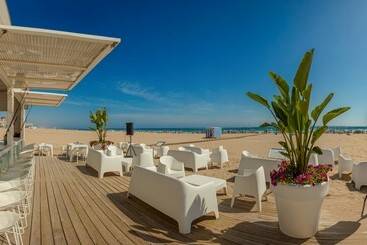 This hotel is situated right by Gandia beach and only a 5-minute walk from the sporting harbour and the commercial and entertainment... 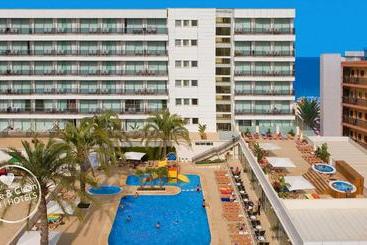 This hotel is situated a block away from Gandia beach (around 70 m) and only a 5-minute walk from the sporting...

Book your cheap hotel in Gandia

Nestled in the heart of the Valencian region of La Safor, Gandia is a luxurious destination that benefits from the mountains on one side and the Mediterranean sea on the other. One of the larger coastal cities and filled with rich historical culture and all of the modern tourist trappings, Gandia is ideal for a European getaway.

There is plenty of holiday accommodation in Gandia with budget-friendly hotels and hostels throughout the city including some close to the sea front and not far from the beach.

Gandia consists of a number of districts:

What to see and do in Gandia

There is plenty to do in Gandia, with some of the most recommended attractions being the archeology museum housed inside the old Hospital de Sant Marc, the Sant Jeroni de Cotalba monastery and the spectacular L’Ahuir beach.

What to eat in Gandia

Gandia has a rich culinary tradition, with signature dishes including paella that is made from a combination of mixed meat and fish, ollada which is a type of stew, and a bocadillo de carne de caballo which is a horse meat sandwich.

Typical events and festivals in Gandia

You will have something to attend no matter what time of year you visit Gandia, from the Fallas celebrations in March, to the Night of San Juan in June, to the massive Feria y Fiestas at the end of September.

How to move around in Gandia

There are regular train links between Gandia and Valencia, and the city itself can be navigated very easily by the local bus services or taxis if you prefer more private travel.

The climate in Gandia

Gandia enjoys a sub-tropical Mediterranean climate all year round, with mild to warm temperatures all the way through the winter. The best time for visitors is the summer months from June to early September.

More interesting facts about and sights in Gandia

Whilst it might not be a Spanish city that comes first to anyone’s mind, as of 2020 Gandia is actually one of the largest coastal towns in all of Spain with a summer population of more than 200,000 people.

The most centrally located hotel in Gandia with the best ratings is: Hotel Borgia.

If you're bringing a vehicle, we recommend that you book a hotel with parking in Gandia, like Hotel Rh Gijón & Spa, Rh Bayren Hotel & Spa 4* Sup or Hotel Rh Bayren Parc.

If you´re looking for peace and quiet and want to stay at an adult-only hotel in Gandia, we recommend Hotel Rh Riviera - Adults Only.

According to our clients, if you´re travelling with children, the best hotels in Gandia are Hotel Mavi, Hotel Rh Bayren Parc and Hotel Villa Luz.

If you want to save time, the hotels in Gandia with express check-in and check-out are Hotel Albatros, Hotel San Luis and Hotel Vs Gandía Palace.

Some of the options for hotels with non-smoking rooms in Gandia are Hotel Rh Gijón & Spa, Rh Bayren Hotel & Spa 4* Sup and Hotel Albatros.

The best-rated hotels in Gandia with a gym are Rh Bayren Hotel & Spa 4* Sup, Hotel Principal and Hotel Tres Anclas.