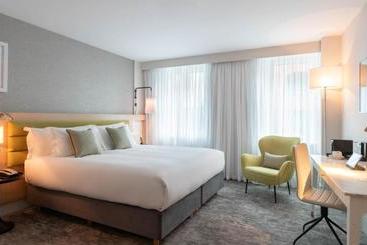 The Morgan Hotel couldn't be more central. Guests are just a stroll away from Grafton Street, the main shopping...

The hotel is located two kilometres from the Helix, a modern arts centre comprising three separate performance spaces. Since...

This hotel enjoys a perfect location in Dublin. Bars, restaurants, and links to the public transport network are to be found... 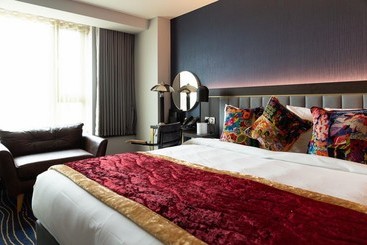 The Grafton boasts 127 brand new rooms with eclectic decor reminiscent of design highlights from the 1920’s married with... 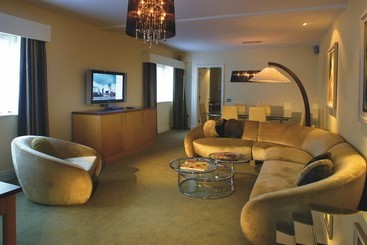 This comfortable city hotel is located at the heart of Dublin within a short distance of shops, theatres, galleries and many... 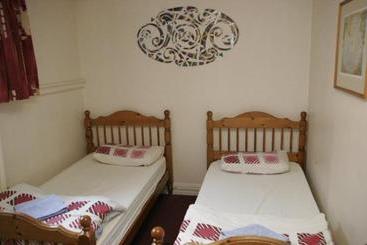 Situated in the heart of the city on the edge of the vibrant Temple Bar district in what is known as the Viking/Medieval... 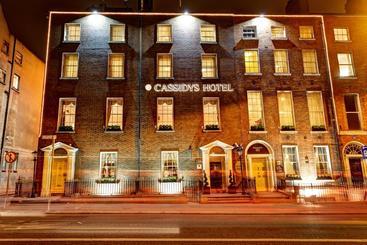 Cassidys Hotel is located in the city centre of Dublin, at the top of O'Connell Street, opposite the Gate theatre,...

Book your cheap hotel in Dublin

Located on the east coast of Ireland, Dublin is the country’s capital, and a city steeped in rich culture and history. The city is relatively small, which makes it an ideal destination for short breaks and visitors who want to make sure they can fit in as much in a single trip as possible.

Dublin has been in existence since the 9th century, rising to its heyday in the 18th century with the beautiful architecture to prove it. It is arguably one of the most handsome Georgian cities that the British Isles have to offer.

Although the county of Dublin is Ireland's third smallest by size, it is home to 20% of the country’s population. That means that roughly 1.3 million out of Ireland’s 6.6 million population calls Dublin home!

Travellers planning a holiday in Dublin will be pleased to hear that there is a wide range of budget and affordable accommodation options throughout the city.

Dublin boasts a high number of interesting districts, each with its own special personality. Some of the coolest and most interesting neighbourhoods to consider visiting include Portobello which is home to a number of contemporary galleries, historical pubs and assorted nightlife, Smithfield which is full of independent restaurants and artisan cafes, and Temple Bar which is the district that can showcase the very best of Irish vibrant culture. Temple Bar gets extremely busy and is a hugely popular destination for stag and hen parties.

What to see and do in Dublin

There is quite literally something for everyone in Dublin, with some of the must see sights and attractions including a visit to the iconic Trinity College, a stroll through the National Museum of Ireland and taking in some art at the Dublin City Gallery. And of course, no trip to Dublin is complete without a visit to the Guinness Storehouse Brewery where guided tours are available! There’s a strong literary heritage in Dublin and you can either do your own literary tour or take an organised walk around sites connected with luminaries such as Oscar Wilde, James Joyce, Jonathan Swift, and John Keats.

What to eat in Dublin

Dublin offers a wide range of food options in many global cuisines including five Michelin star restaurants. If you are planning on experiencing some local cuisine, then dishes to look out for include Irish stew which is a mixture of potato, onion, diced mutton, carrots and bacon, Boxty cakes which is a traditional Irish potato pancake, and coddle, which is a classic ‘leftovers’ dish comprised of things like sausages, bacon, potatoes and onions in a delicious broth.

Typical events and festivals in Dublin

There is always something going on in Dublin. Visitors can experience something at any time of the year, with some of the highlights including the St. Patrick’s Festival in March, the Longitude Festival in July, and the Dublin Fringe Festival in September. Lovers of Gothic literature will also enjoy the Bram Stoker Festival held every October.

How to move around in Dublin

Dublin boasts an extensive bus network that helps people to move around the city with ease, along with a few select rail and tram lines. When in the centre of the city, however, many tourists choose to navigate in foot, along with hailing taxis for slightly longer journeys.

The climate in Dublin

Dublin is a city that experiences mild summers and cold winters, with an average winter temperature of around 4 degrees and an average summer temperature of 20 degrees. The recommended best time to visit the city in the hope of pleasant weather is the June to September summer period.

Dublin is a city that holds many historic secrets. Did you know that the very first lion that MGM used for their iconic film introduction was technically a Dubliner? His name was Slats, and he was born in the Dublin Zoo in 1919. He appeared as the infamous roaring lion in every MGM picture between 1924 and 1928.

The most centrally located hotels in Dublin with the best ratings are: Hotel Buswells, Hotel The Shelbourne, Autograph Collection and Hotel The Westbury.

It depends on the category of the hotel. If you want to stay at a 4-star hotel in Dublin, the average price per night is 80 €, while you will pay an average of 64 € for a 3-star hotel, and in a more luxurious 5-star hotel, you"ll pay around 137 €.

You can make reservations at Hotel The Merrion, Hotel Conrad Dublin and Hotel The Shelbourne, Autograph Collection if you"re looking for a hotel with valet service for your visit to Dublin.

If you need a hotel with disabled access in Dublin, we recommend Hotel The Merrion, Hotel Conrad Dublin and Hotel Buswells.

If you want an adult-only hotel in Dublin, some of the best options for adults only are Hotel The Dawson, Hotel Kellys Adults Only and Hotel The Leeson Lodge.

According to our clients, if you´re travelling with children, the best hotels in Dublin are Hotel The Shelbourne, Autograph Collection, Hotel Conrad Dublin and Hotel The Merrion.

If you want to save time, the hotels in Dublin with express check-in and check-out are Hotel Brookville House, Hotel Conrad Dublin and Hotel The Shelbourne, Autograph Collection.

Some of the options for hotels with non-smoking rooms in Dublin are Hotel The Merrion, Hotel Brookville House and Hotel Conrad Dublin.